Origin and distribution: In general, Sanga cattle were introduced into southern Africa when the Khoikhoi (Hottentots) first crossed the Zambezi River about 700AD with their Sanga cattle. Several waves of the Bantu people with various strains of Sanga cattle entered the region and settled. Tribal migration and cattle raids continued until recently; consequently the different breeds of Sanga today are related. The Barotse breed, also known as Lozi, Rowzi, Rozi or Baila, appears to have expanded after the Rinderpest epidemic (Felius, 1995). Their homeland is Barotseland of West Zambia and Southeast Angola. The territory is characterized by the flood plain of the Zambezi, extending into Angola on the west.

Peculiarity: Typical Sanga conformation with long horns and legs; coarse-boned and large longy appearance from long legs (Felius, 1995). The Barotse is a docile animal and makes a good work animal.

Breed status: The current estimate of the population is 793 000 (Rege 1999). According to DAD-IS (2005), population estimate in Zambia were less than 100 000. The majority of this breed is found in Angola but population estimate could not be made due to protracted war in the region. Declining population due to high mortality caused by Contagious Bovine Pleuropneumonia (CBPP), indiscriminate crossbreeding and drought has been reported. No breed conservation program exists.

Utility: The Barotse are triple purpose cattle (beef, dairy and work), beef being the most important product. Under better management bulls weigh up to 700 kg and cows 485 kg, but respective weights of 580 and 400 kg were recorded when management was only average. Age at first calving is about 44 months; lactation milk yield is 1077 litres in an average lactation length of 302 days; conception rate is 67.1% and the calving interval is 620 days (Thorpe et al. 1980 a,b,&c; Thorpe et al. 1981). Comparative growth performances and calving interval in Barotse, Boran and Angoni is presented in Table 1. 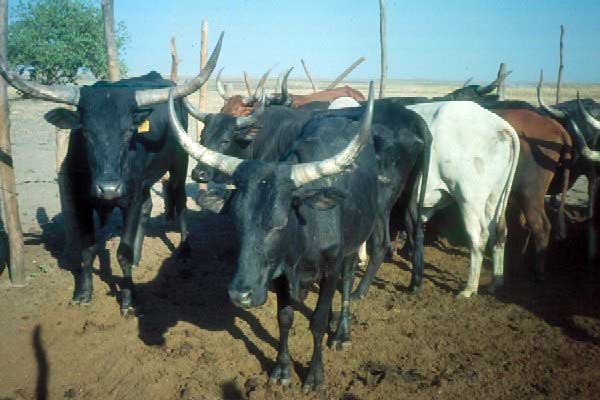 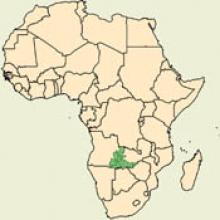 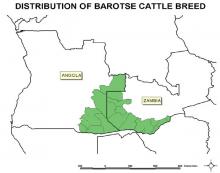